In ancient Greece, the concept of a “wandering womb” was developed as a “medical” explanation for all manner of female conditions. The womb was considered to be “animal-like” and “erratic” - moving around a woman’s torso in response to scents and other primal stimuli. This concept persisted well into modern times, influencing modern European medicine.

During the Renaissance, physicians began using the term “hysteria” (from the Greek word hystera, meaning uterus) to refer to the supposed detachment of the uterus from its normal place in the pelvis. This condition was used to explain women’s “uncontrollable behaviour”, including but not limited to anxiety and sexual promiscuity.

Fortunately, we now have more scientific ways of making sense of, and explaining, reproductive health symptoms. We also have a more nuanced appreciation for the ways in which the historical oppression of women has affected our physical, emotional and spiritual well-being.

In much the same way that marginalized groups have reclaimed words, images, and mythology that have been used as tools of oppression, we at Justisse International have chosen to reclaim the concept of the “wandering uterus” that for centuries was used to explain away the symptoms and suffering of women. In a playful twist, we have created a mascot - “Wanda, The Wandering Uterus” who moves around the world with us like a Super Hero, helping us to educate people about the menstrual cycle and the real, underlying causes of menstrual disorders. As a Teaching Tool, Wanda shows that the uterus is a big muscle, that the fallopian tubes end in fingers, with empty space between them and the dangling ovaries below. This Wandering Uterus is smart and sensible, as symbolized by the glasses and hairband. Those boots are just for fun and to show that super heroes are stereotypes, not real people.  Hand drawn cartoons featuring Wanda have appeared in the Justisse newsletter Femme Fertile and a ‘zine collection of Wanda’s adventures was gifted, along with Wanda paper dolls, to participants at JFAECon2017 by creator, Lisa Leger.

As an online College with graduates and students spanning four continents, “Wanda The Wandering Uterus” can be found in unique locations. This picture is taken near a lake in BC. Check out our Find A Practitioner page to help locate a Holistic Reproductive Health Practitioner near you. Or, order your own Wanda paper doll as a symbol of the strength and superpowers of the womb! 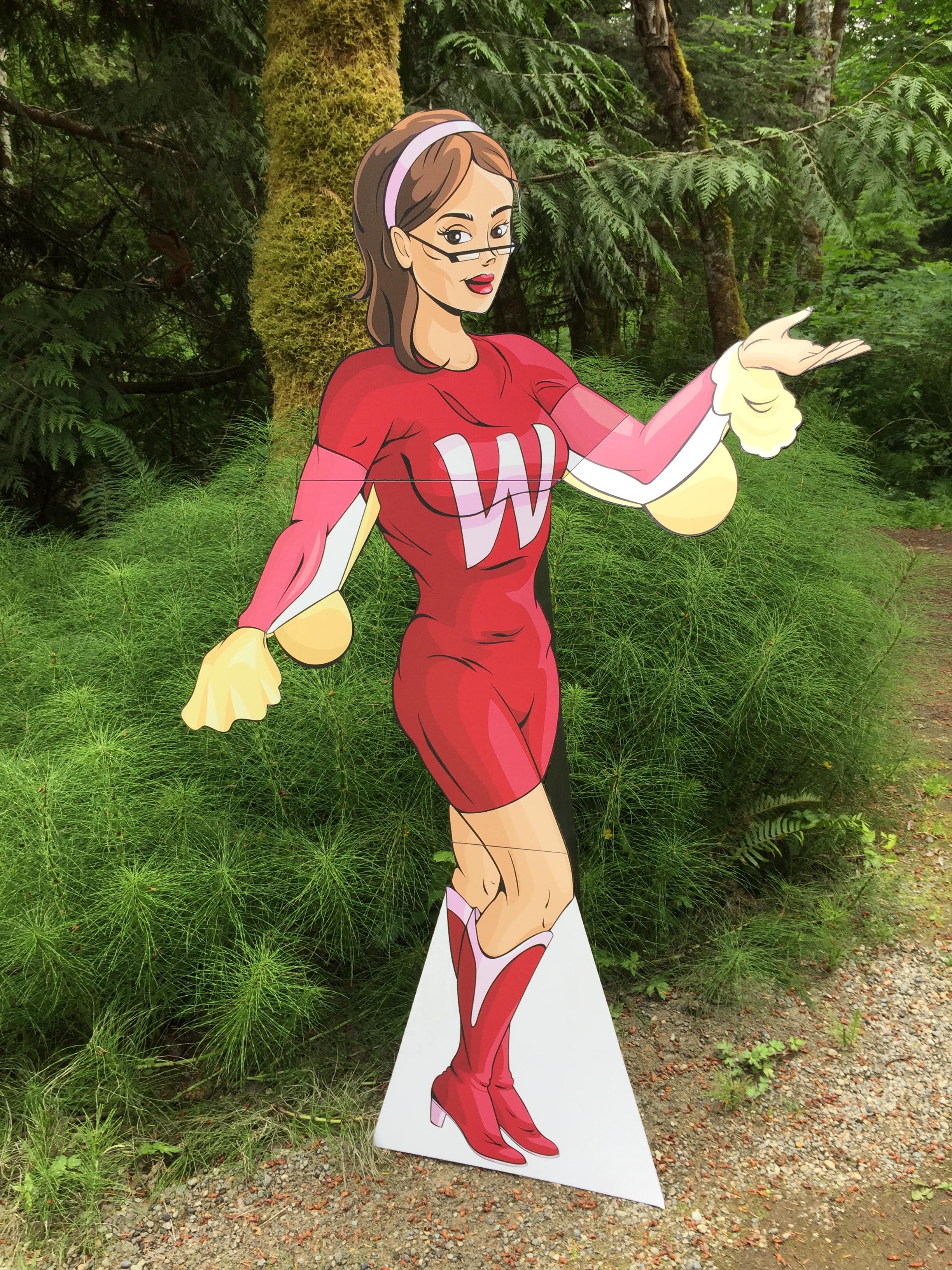